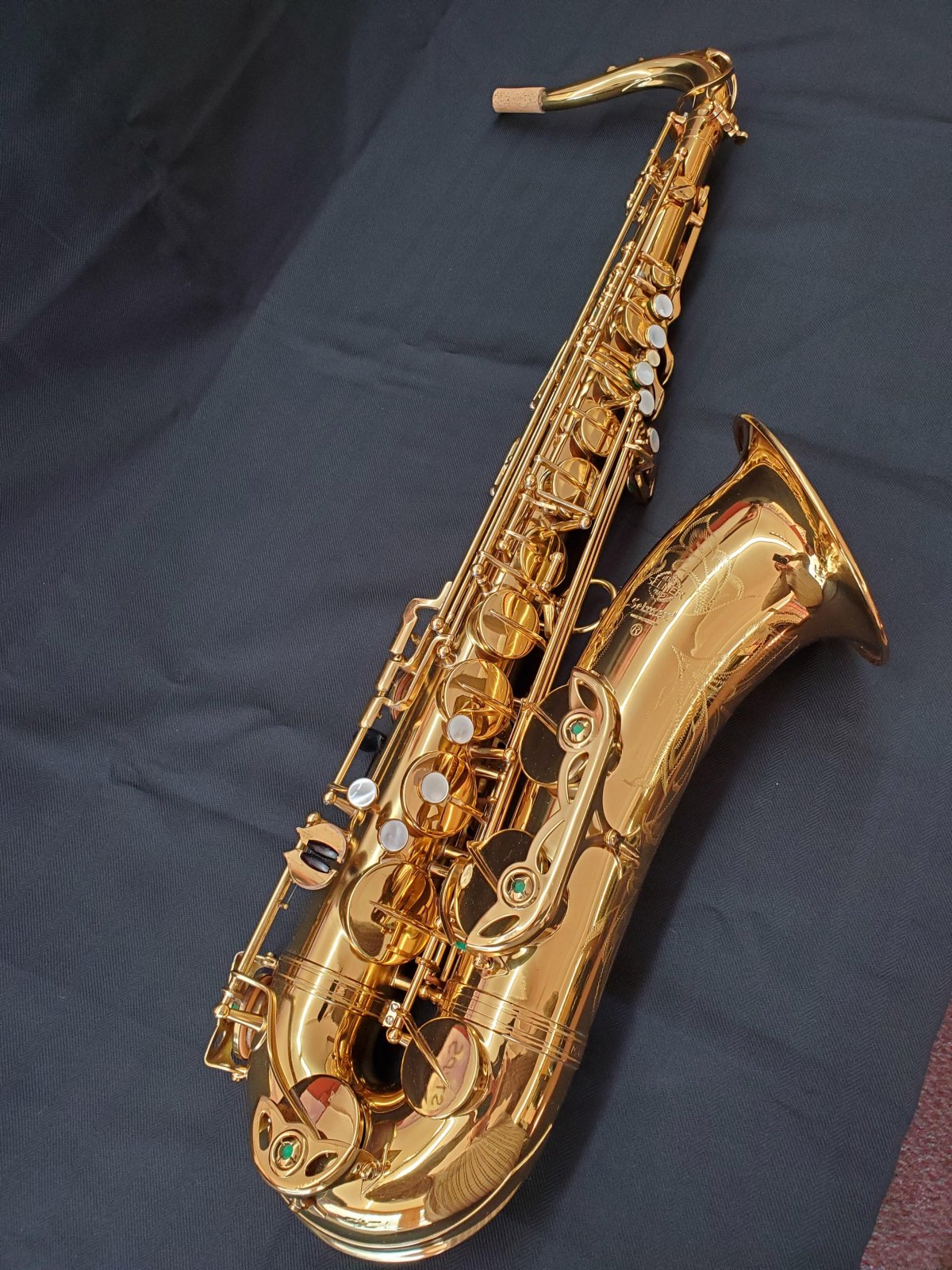 In Stock
You won't find a Selmer Mark VI in original condition like this! A real "closet" find! Compared to other Mark VI's that we've seen from the same era, this is definitely in excellent condition. Made in France, assembled in the United States.

This saxophone was owned by a high school junior who attended Lakeview High School in Fort Oglethorpe, Georgia. After school on a Thursday in the fall of 1975, he turned left onto the main highway and was killed after being t-boned by another car. A few hours later, many of his peers learned of the tragic accident when they arrived at their regular evening rehearsal. (Keep in mind that this is decades before social media was a thing.) After a long, sad discussion, they decided to still perform in their marching band competition that weekend.

So, this tenor sax was only played for about 1 year, and it's been stored away safely since then. While the student had it, he kept it in immaculate condition. His mother now says that it's time to sell the sax along with a guitar that he owned.

Our sax technician with 50 years of Mark VI repair experience took apart the instrument at Giant Steps Music in Chattanooga, TN to clean it thoroughly. He only replaced the low Eb pad, the octave key pad, and the neck cork. Fine tuning adjustments were made to the keys, of course.

There are marks of age wear on some of the rods, posts, and key guards. The very top of the neck did not get much lacquer sprayed on during the manufacturing process. We tried to capture every cosmetic issue in the pictures.

We don't expect this instrument to last long! We will ship it safely and with full insurance, adult signature required.

**Please note that due to the nature of this increasingly rare instrument, the instrument/case/accessories are all being sold as is.

We posted about 30 pictures, but Reverb isn't showing the last few. To see just a few more pictures, take a look at this listing on our store's website at Giant Steps Music (dot) com.