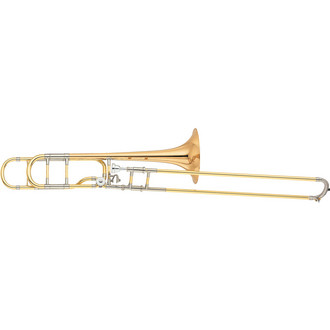 The balanced response rotor system helps air release evenly into the F-attachment slide creating a smoother transition from the open horn to the engaged F-attachment.

Both the main tuning slide and the F-attachment tuning are reversed, allowing for a less restricted airflow throughout the instrument.

The open wrap has a more open feel and quicker response while using the F attachment.